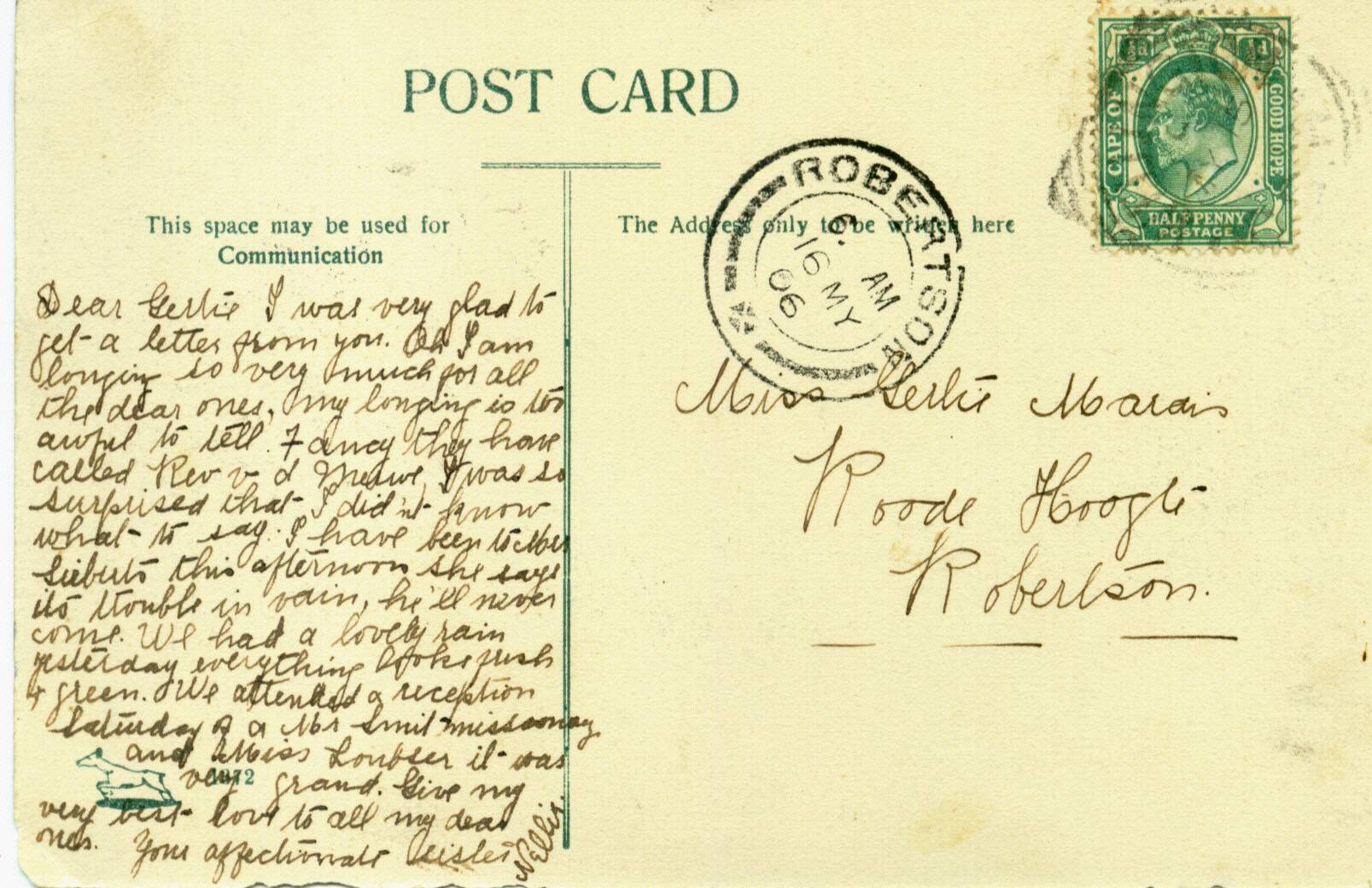 These postmarks were brought into use in the course of 1900. They had a fairly large distribution within the Cape of Good Hope. The diameter of this Double Circle Datestamp (DCDS 1 to 14) varies between 23 to 25 mm and the inner circle ranges between 15 and 17 mm.A Maltese cross at the bottom, flanked by curved bars of different widths, is located between the inner and the outer circle. The time control is either expressed in ‘AM’ or ‘PM’ (DCDS 1 to 3).

The datestamp for Worcester (DCDS 11) shows thicker lettering, whereas that for Malsmesbury (DCDS 12) differs from all the others in that the curved bars and the Maltese cross are not centred between the inner and the outer circle. The Three Anchor Bay datestamp (DCDS 13) shows the adapation made for a long placename, with considerably shoretened thck bars on either side of the Maltese cross.

In 1901 a Double Circle Datestamp (DCDS 4) with letters G.G.H (Cape of Good Hope) instead of a Maltese cross and without the curved bars was brought into use. The outer diameter of the circle is 23 mm and the inner diameter is 15. Numerals at BottomA design similar to DCDS 1 to 3 appeared in 1902 but differed in that instead of the Maltese cross, a numeral control was utilised. Three basic types can be distiguished, but there are variations such as heavier bars and differences in diameters and the lengths of the bars. (See DCDS 5 to 7 below).

Other Markings at Bottom

DCDS 14, in use at the Pier Head post office in Table Bay harbour, has the name of the office and ‘Cape Town’ within the two circles.