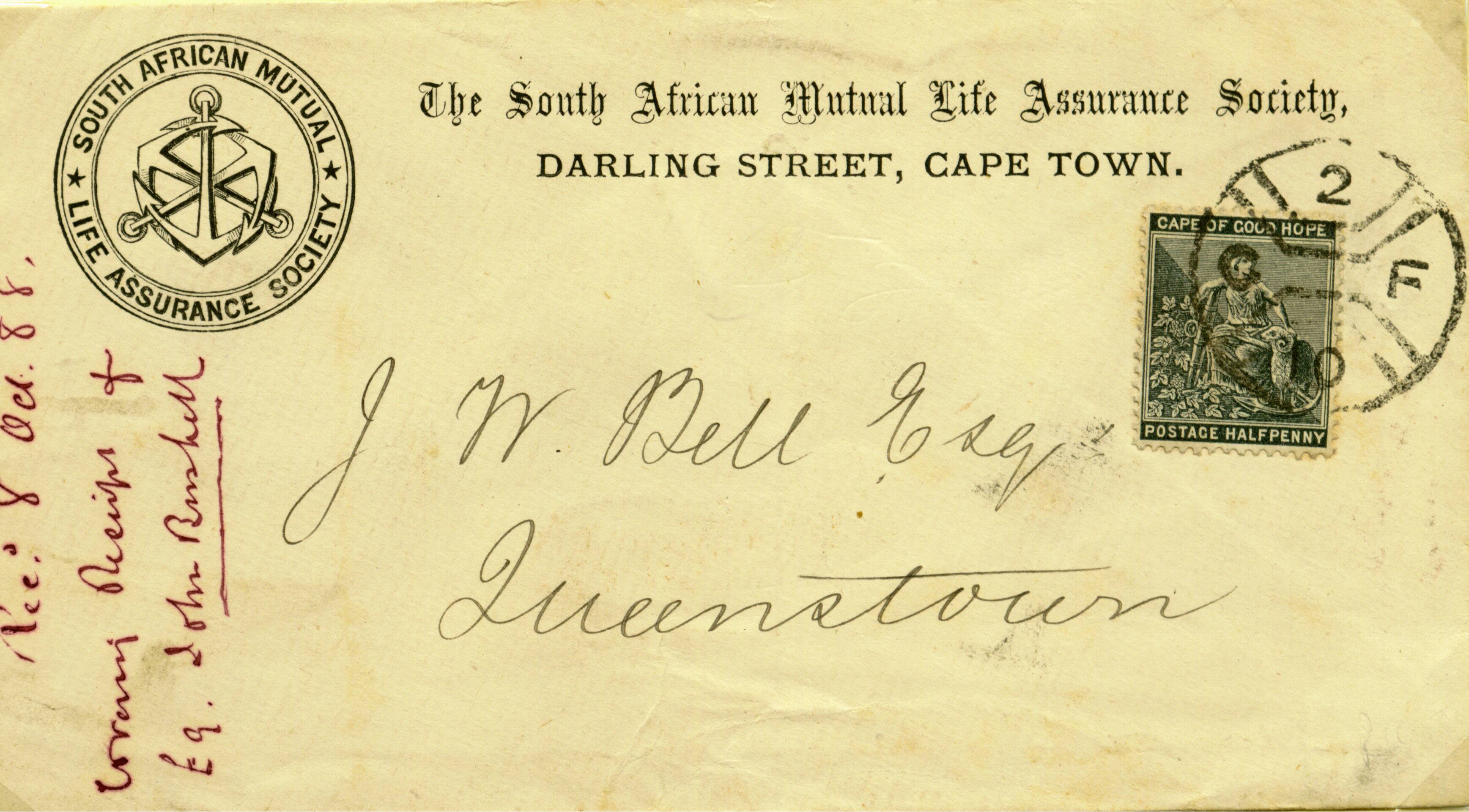 From approximately 1883, three postmarks (PS 4 to 6) sometimes called Argus Wheels, were in use on circulars as well as newspapers of the Cape of Good Hope.

Another postmark (PS 7) is, in the main, seen stamped on wrappers and circulars, but its use has also been noted on envelopes. The circle measures 27 mm and the upper numerals represent the day and the lower the month. Letters appear on either side of the postmark, but whether these have any significance beyond identifying the handstamp has not been established.

The roller cancellers (HRD 1 and 2) were intended to Cheap Rate Postmarkdeface stamps on newspapers at Grahamstown and were used for this purpose until 1864 or ’65, when they were replaced by the Barred Oval Numeral Cancellers, generally used for defacement purposes. The larger post offices were furnished with the cheap rate matter strikes described above. When the Newspaper Branch Office was established at the G.P.O., Cape Town, it was issued with a special datestamp. This, and future handstamps of its type (NP 1 to 5), incorporated the Letters N.P.B. for Newspaper Branch in their design. NP 1, the earliest handstamp in use, is a box with clipped comers. line. A special handstamp (NP 2) was used when the contents came adrift from the newspaper wrapper. It was struck on the wrapper and contained the information “Posted in N.P.B. without contents”. The first recorded use of NP 1 and 2 appears to be October 1877.

The Letters N.P.B.stand for News Paper Branch. Cape of Good Hope Newspaper Postal Rates used some more information on this postmarks can be found here.