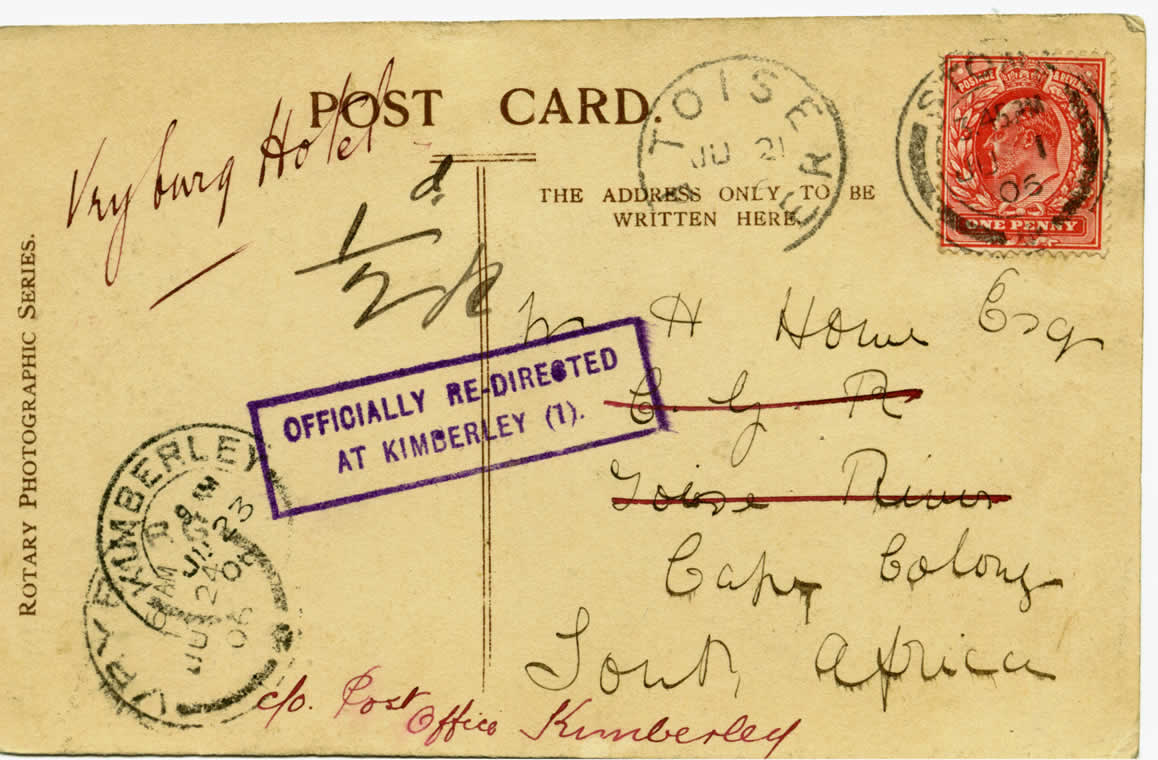 From 1890 no charge was made for redirection, provided the letter was unopened and reposted within a short time. The post office used a rubber handstamp (SP 36) when instructions to redirect were received.

There were also single- and double-lined redirectional handstamps (SP 40 and 41) in use at King Williamstown in 1906 and at Wynberg in 1909.