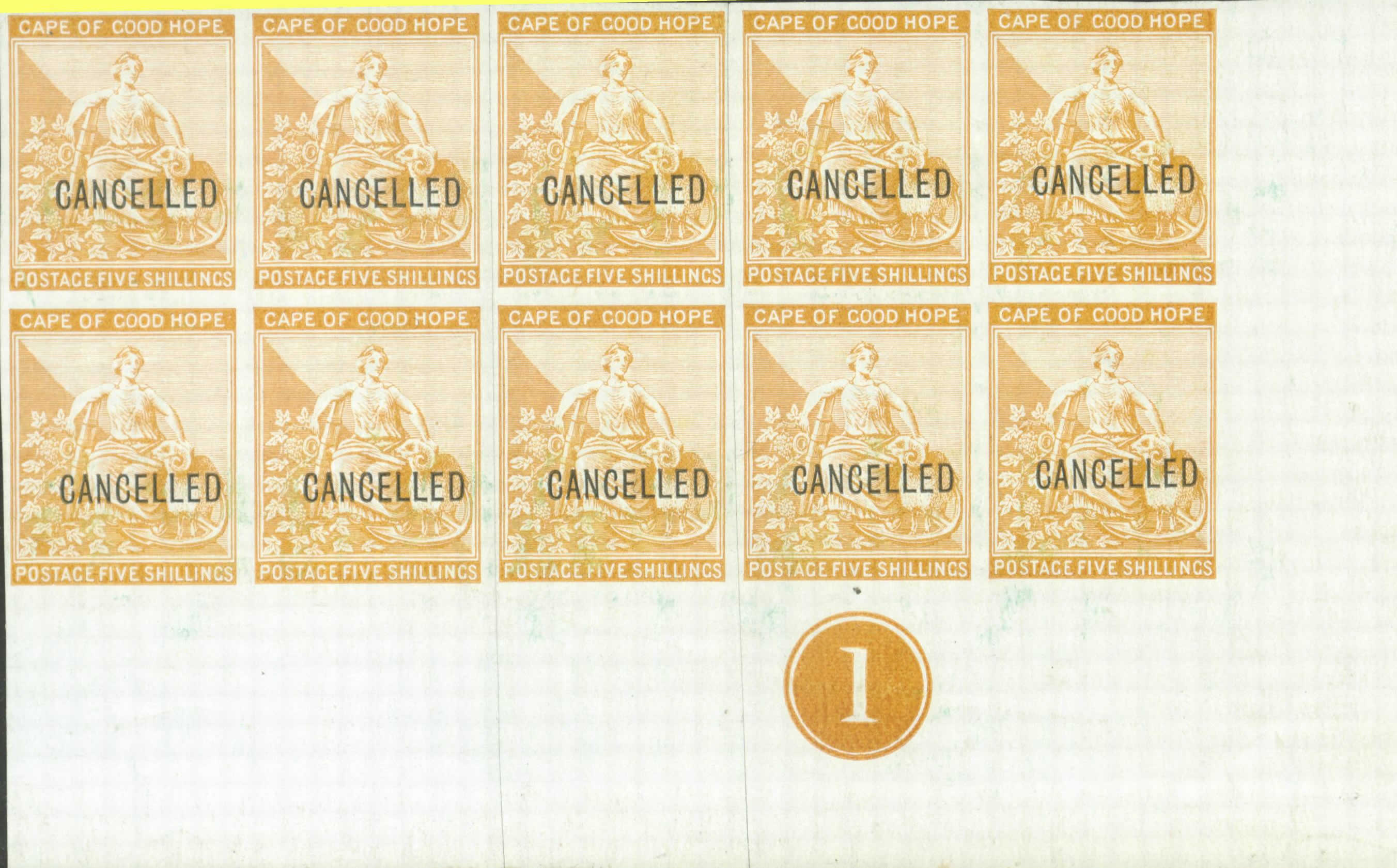 As the old dies started to wear out the printers Messrs De La Rue & Co. requested to have the original dies altered by removing the outer line frame. In addition they had the shading upon the figure of Hope and the vine leaves redrawn.

With the exception of the Six Pence and One Shilling stamps which retained the outer frame line.

In February 1871 the Postmaster General reported the need for a higher duty stamp. His reason for his recommendation was that owing to the fact that several One Shilling stamps were necessary to frank a single letter inconvenience has been experienced through the covering up of the front of the envelopes and the concealment of the addresses. In addition difficulty arose by the stamps being detached in the post.

This was accepted and the die and stamps were prepared by Messrs. De La Rue and Co.

The first consignment amounted to 100 sheets of 240 stamps each. These were despatched from England by the s.s. Roman on the 9th June 1871. They reached Cape Town about the 17th July.They were issued to the public towards the end of August 1871.

Several subsequent printings of the Five Shillings stamps upon the paper watermarked with the Crown CC were made. Noticeable shades of the orange-yellow are obtainable.