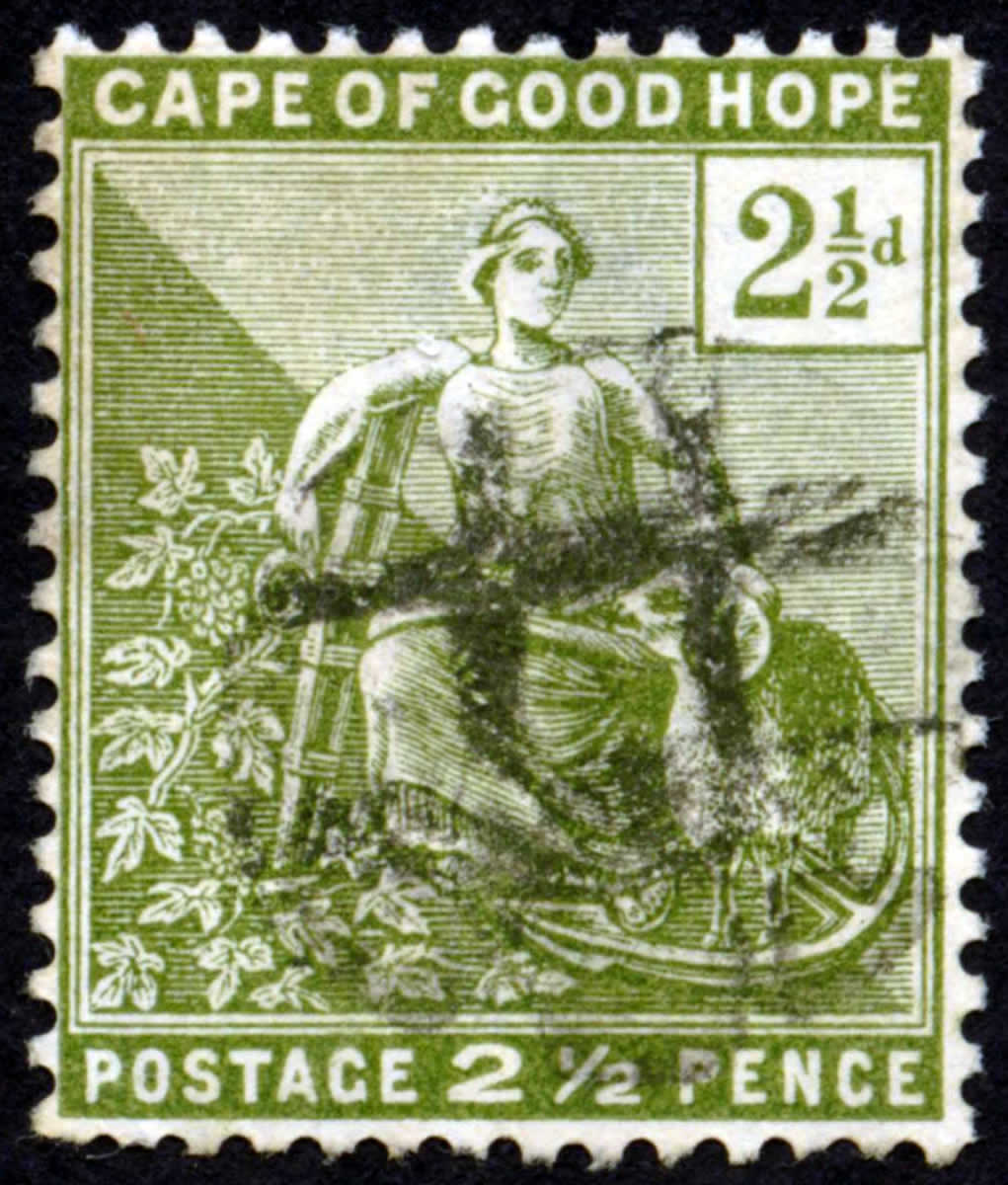 The issue of the 2 ½ d provisionals in March 1891 satisfied the short term requirements of the Cape of Good Hope Colony for stamps of this value. Having solved these immediate problems steps were taken for the manufacture of the necessary plate for the printing of stamps of this value for permanent use.

The modified “Hope” seated die was called into service and a transfer was taken upon which the new value was engraved.

At the latter end of the year 1891, the Agent-General for the Colony reported that
some of the dies and plates used in the manufacture of the Cape Colonial series of postage stamps, were wearing out, and would have to be replaced. When this matter was referred to the Postmaster-General he suggested that the opportunity should be taken for adopting a design, for any new issue, which would show the price of the stamp more clearly both in figures and words. He recommended, however, that owing to the great cost of new dies, and plates, the adoption of any new design should be confined to the denominations of stamps of which the existing plates were worn out.

Up to this period, in connection with the issue of Cape Postage Stamps, provision had not been made for showing the value of the stamp in figures; this defect has however been remedied in the recently issued twopence half-penny stamp, but in such a manner as to mar its artistic effect.

The Postmaster General in his annual report for 1892 reported that

…a design for a new Cape postage stamp, embodying the Cape Arms, and fulfilling the above requirements, was at this time submitted by me, but it did not meet with approval, and the Hon. Mr.Merriman, who was Treasurer of the Colony at the time, when in England, entered into communication with Mr. P.R. Montford on the recommendation of Mr. Thomas Brook, R.A., and a design was submitted by Mr. Montford and ultimately accepted by the Treasury after some modifications, which design has been made use of for the production of the new penny postage stamp shortly to be issued to the public.(1893, p. 13).

The Crown Agents in order to avoid any possibility of confusion, agreed to the recommendations of the Postmaster-General and introduced a small square tablet into the design of the stamp at the top right-hand corner, beneath the word “HOPE” in which the value is repeated in numerals.

The steel transfer was then prepared and a printing plate of 240 multiples was manufactured. The stamps were printed in a pale sage-green shade, entirely distinct from the green employed for the One Shilling stamps.

Several printings of these stamps were made and pronounced shades are to be found.

The stamps were printed on cabled anchor water-marked paper and with a size 14 perforation.