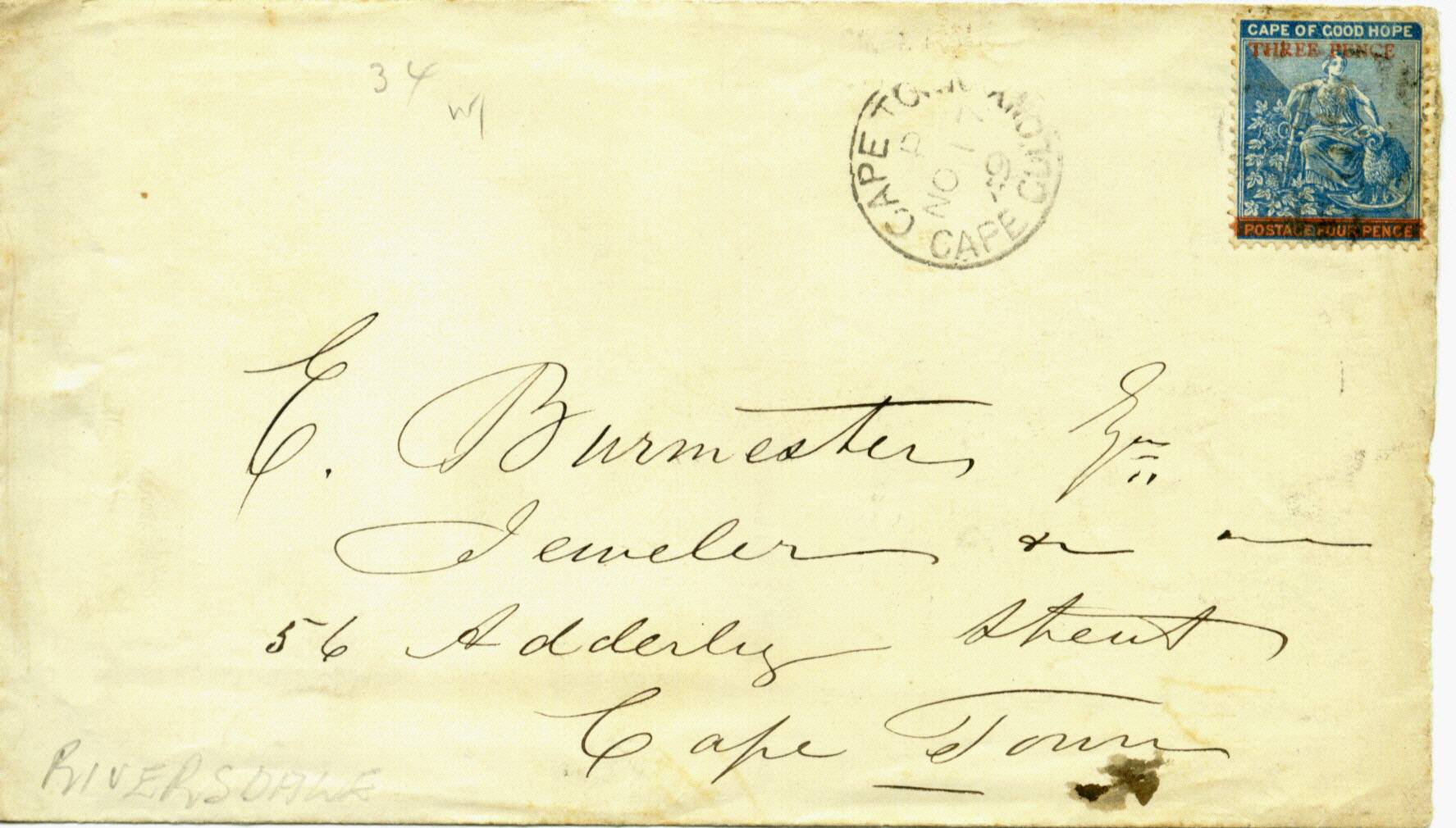 A notice that appeared in the Government Gazette of 31st October 1879 informed the public that as from the 1st November 1879 the rates of postage on letters posted in the Colony, Basutoland and the Transkeian Territories for transmission to Post Offices within the same was reduced to Three Pence per half ounce.

Letters for Natal, the Diamond Fields, the Orange Free State and the Transvaal remained at the rate of Four Pence the half-ounce. Letters posted in the town or village for delivery within the limits of the same were charged at the Penny rate.

The requirements were anticipated and the Treasury Department took steps by organizing 5 000 sheets of the Four Pence blue stamp to be surcharged locally by Messrs. Saul Solomon & Co. This was done by printing the words “THREE PENCE” in small roman letters and with the original value obliterated by a bar.
The issue is not devoid of errors and the stamp is found with the surcharged words reading “THEE.EE PENCE” or “THREE PENCB”. At least one sheet of this provisional was issued with the surcharge double and this stamp is one of the great Cape of Good Hope rarities.

Although both of the errors doubly surcharged must exist or at any rate have existed only that with the word spelt “THEE.EE PENCE” has been recorded.